SWIPE visited the town's libraries to set up a temporary exhibition of the Afro-Irish Links project, copies of the book were presented to Gabby Ceoning of Slough Library Services. This will enable users of the libraries in the borough to access our research from the project. 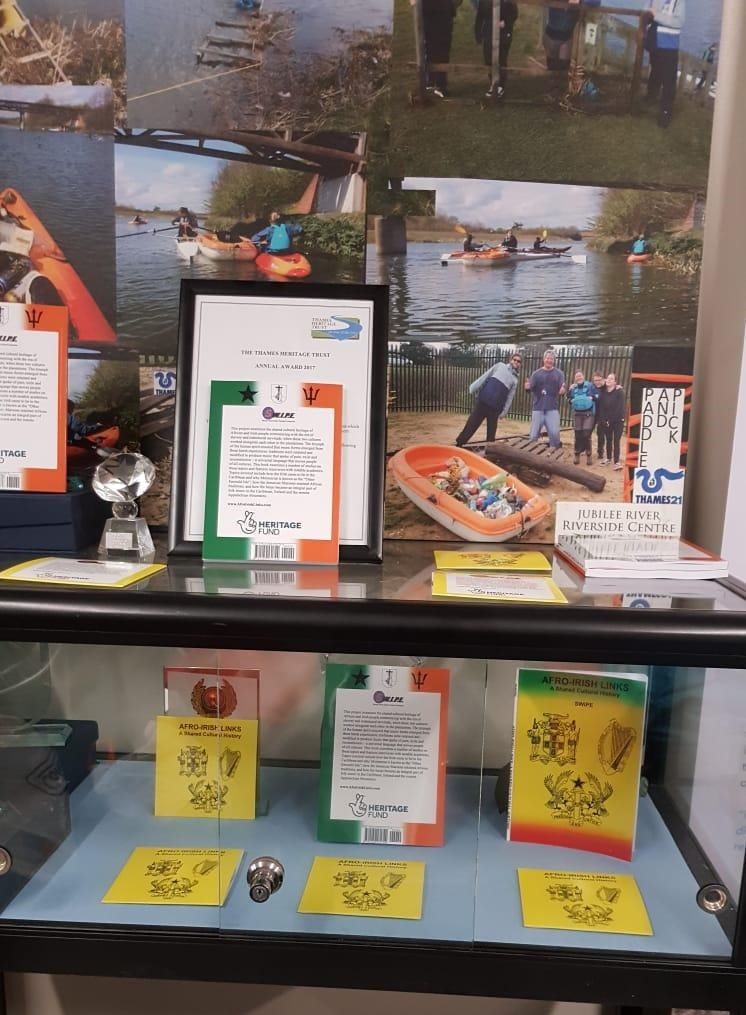 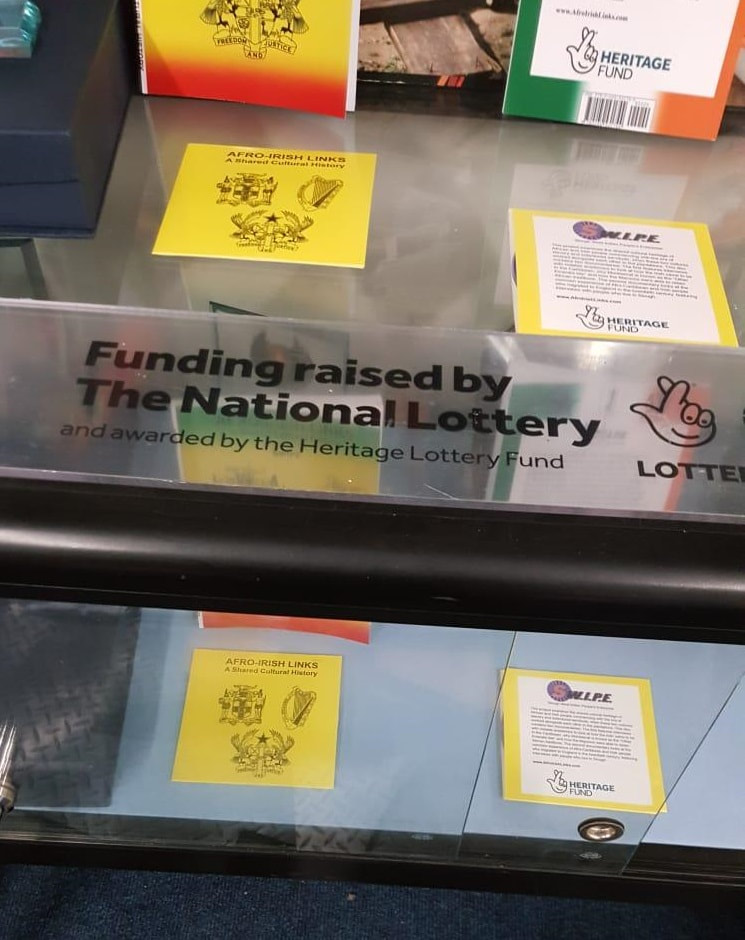 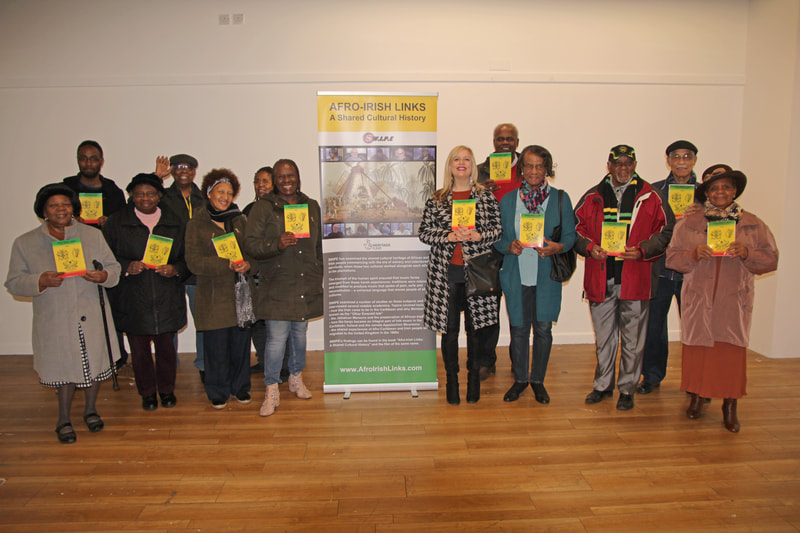 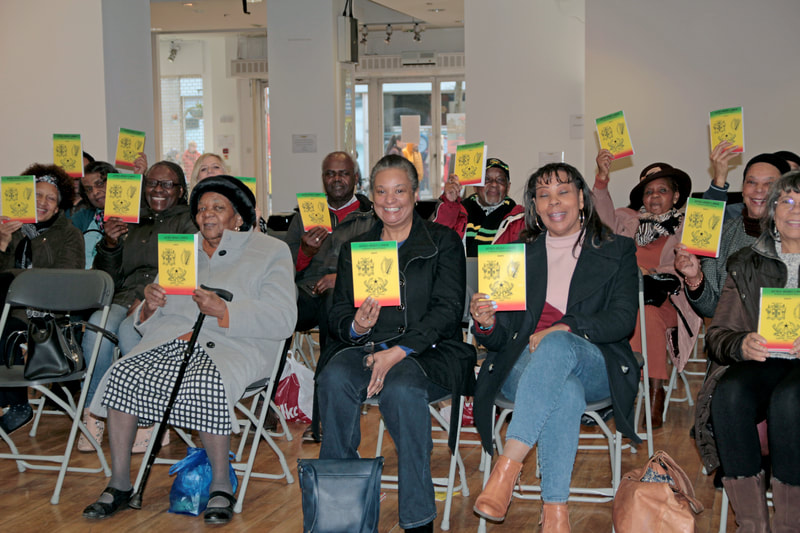 Home on the High Street: A temporary exhibition was held over the weekend at Home on the High Street, Slough to exhibit the findings of the Afro-Irish Project. An event was also held and members of the community were invited to come and view part of the documentary and collect copies of the book and DVD.
7 September 2019 - Event Showcase Night - Interviews with attendees
After an evening of music, dance, video and food, the young people working on the project interviewed attendees to ask them what they thought about the night.
7 September 2019 - Event Showcase Night - Bands and Speech
Highlights from the showcase event that celebrated Afro-Caribbean and Irish cultural links. The evening featured live music, dancing, video interviews and a speech from Tan Dhesi MP.
7 September 2019 - Event Showcase Night - Dancers
Dancers from Creative Academy performed a set of three dances on the event showcase evening: an Irish dance, an African dance and to celebrate the shared Afro-Irish heritage a fusion style dance concluded their set.
Watch the Creative Academy Dance performance in 360
28 May 2019 - Visit to Liverpool & The International Slavery Museum
I learned that Liverpool played a part in slavery, becoming a major port from which ships sailed to Africa in the 1760s to the 1770s. My trip to the national slave museum gave me an insight of a lot of things that happened that I wasn't aware of. I enjoyed researching and sharing our opinions on slavery.
Renae

The experience shed light on the worldwide impact that slavery had. Slavery still exists in some forms today, some examples are sex trafficking and domestic labourers who can suffer abuse. In order for slavery to exist and function one group of people must feel that they are superior to another, oppressing those they feel are inferior. This can be due to factors such as race, age, ethnicity or religion.
Joy

I learned that there were a lot of people that tried to help stop slavery and people who later fought for the rights of black people, for example Martin Luther King and Rosa Parks. This was in the face of violent opposition from groups such as the Ku Klux Klan. I also learned that the wealth of countries such as Britain, Spain and Portugal was built on trading goods that were harvested by slave labourers.
Natalie

I enhanced my knowledge on this visit, learning how slavery affected Africans and also Irish people. Forcibly transported to the Caribbean, these two different ethnicities and cultures came together with music and dance. The suffering they endured was transformed, incorporated into songs of hope and celebratory dances. Popular musicians such as Bob Marley and Ray Charles acknowledged the roots of their music which can be traced back to this period. My hope is that we may be able to conquer modern slavery with hope and “Ubuntu” togetherness.
Yvonne

I learned that both African and Irish people were transported to the Caribbean, though some Irish later prospered and became slave owners. One story that made an impression on me was that of a slave who made an escape during the night and travelled 43 miles before he was captured. He was brutally beaten until his flesh was exposed, pouring out with blood, then dragged all the way back to the camp and paraded as an example to warn other slaves. This whole experience has been an incredible learning and eye opening journey. I'm so very happy I had this opportunity, for this I am very thankful to everyone who made this happen and everyone who joined with the project.
Charles
18 February 2019 - Visit to The National Archives in Kew 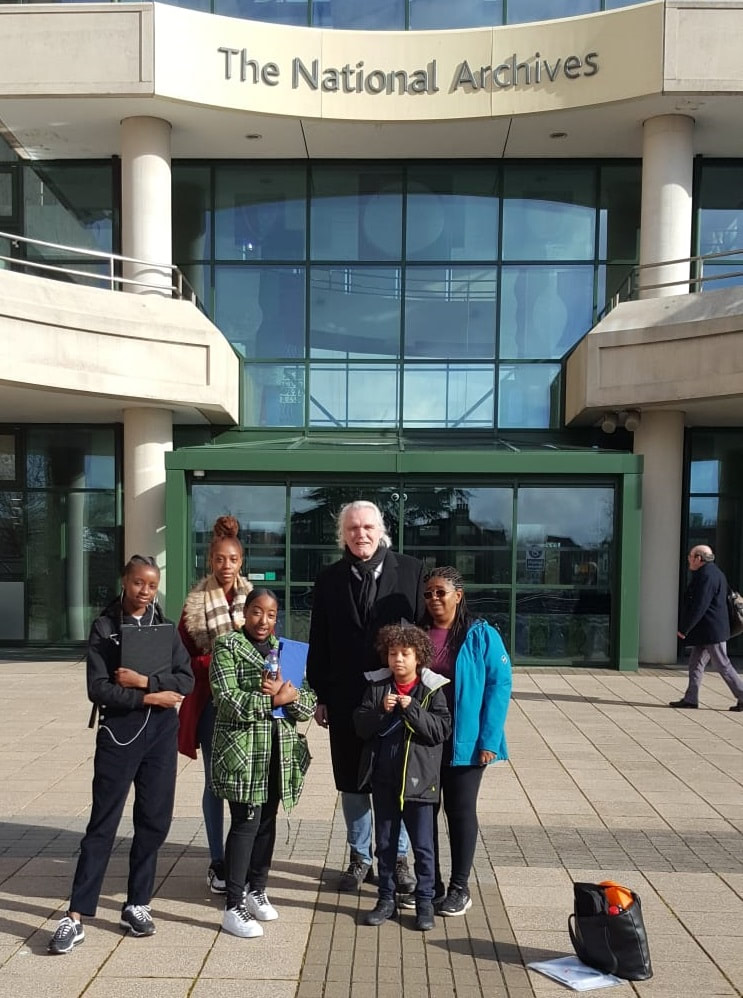 A visit was arranged by SWIPE, comprising of young people and adult volunteers, to the National Archives in Kew. The visit was very interesting and encouraged the young people to use the archive resources in order to carry out their own research into life in the West Indies in the seventeenth century. We were pleasantly surprised by the enthusiasm shown by the young people who were engaged in their own research. Afterwards we had a very interesting discussion about what was learned from looking at the archives.
Supported by The National Lottery Heritage Fund