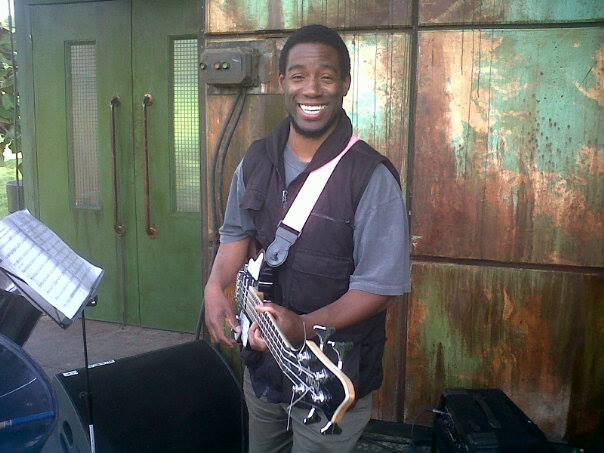 I first met Dani as a teen playing the violin with his brother at a community function. The next time I came into contact him again was when he started teaching The Slough All Stars Steelband.

Dani taught music to many, both children and young people, as well as people from the older generation and was happiest when teaching young people, inspiring them to reach their fullest potential. Dani taught music for many years at the Orchard Youth and Community Centre eventually becoming the Music Director for SWIPE. One of his many achievements during this time was to hold steel band taster sessions in eight of the senior schools in Slough; from these sessions a group of thirty young people came together from the steel band group Panaecha, their first performance was held at The West Wing in May 2005 and with Dani residing over them as band leader this was a resounding success.

Dani would spend hours teaching a class, but if there was a child that needed extra help to figure out how to do something or they needed extra tuition to help with music exams, he would happily stay behind to help that child until they were confident in what they were learning. As an accomplished vocalist and composer, he trained several choirs and has left behind many pieces of music which are still enriching the lives of those privileged enough to hear them.

Dani played with several bands singing vocals or accompanying on any instruments as needed, he was also session musician for several acts including the singer Gabrielle. He worked with Orlando Gough who wrote the music for the 2012 London Cultural Olympiad – Tree of Light.

Dani was a multi-talented young man who excelled in everything he did, teaching in schools, colleges and after school clubs and taught various instruments to all who wanted to learn at SWIPE (violin, guitar and keyboard) and was music leader both at SWIPE and Raspo in Reading teaching the steelpan, in fact I have not known him to come across any instrument he did not master.

I once asked him how old he was when started to play music, his reply: “I was three and wanted a guitar so my dad got me one for Christmas”. While speaking with his family after he passed, his dad then retold the story of a three-year-old Dani who did not stop going on about a guitar. What Dani had failed to tell me was that he insisted on a proper guitar, not a toy. He couldn’t manage to put across his body, so he stood it up and played it like a double bass.

His mum told of a five year old Dani who came across a teacher who taught the violin in primary school, there and then Dani decided he had to learn to play the instrument. But he was too young by three years in order to join the class; this did not deter Dani who pestered the teacher every day to join the class that the teacher eventually had to ask his mum to explain he was too young to learn. Instead of giving up he upped the amount of time he visited the teacher, who in the end had to get permission from his parents for him to join the class three years early.

There are many anecdotes regarding Dani, whether it was watching him patiently teaching a child to play an instrument or a piece of music, giving vocal training to a child or adult, helping others to realise their dreams, or simply just rolling around the floor letting off steam with youngsters showing them Aikido marital art. It would be done with the biggest smile because he enjoyed bringing happiness to enrich others’ lives.

Over the years Dani has been described as “a bright light in this world” and “Most humble and talented to be in touch with”.

Dani has left behind a wonderful rich musical legacy for all to enjoy which will never be forgotten. Anyone who has ever been in touch or encountered this young man has always come away feeling more positive.

Our community will certainly be a poorer place without him in it.